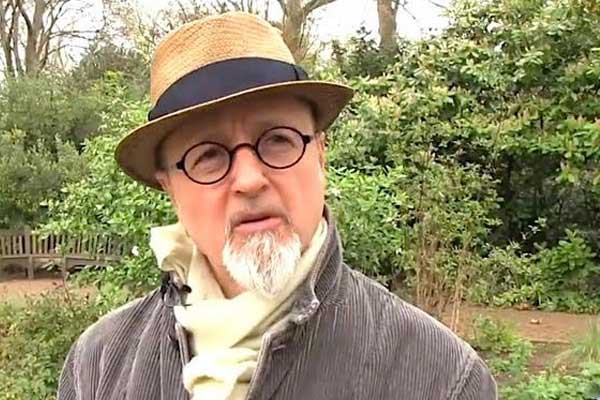 Addiction Recovery Coach, Motivational Speaker and Actor, David Charkham has been engaged as an Ambassador to Asia’s most respected addiction rehabilitation centre, The Cabin for almost a year.

As an actor, David is known for old classics ‘2001 Space Odyssey’ (1968), ‘Crossroads’, two of the most iconic musicals of the 70s; ‘Hair’ and ‘Jesus Christ Superstar’ and most recently playing Kiera Knightley’s father in The Imitation Game (2014).

After his own battle with addiction, David developed his Recovery Skills Programme in 1989. After 24 years as an NHS Recovery Skills Specialist, he now works across the music and entertainment industry, sharing his story ‘32 Years Sober’ and asking the key question ‘Now that you’ve stopped, how do you stay stopped?’

David, also known as the ‘Rock ‘n Roll Recovery Coach’ has worked with many famous faces, his journey with Ozzy Osborne and the family has been publicly acknowledged and spanned many years and continents. He is a co-patron of The Outside Edge Theatre Company (OETC), which supports recovering addicts and is the only theatre company working nationally and internationally producing work focused on substance-misuse. He works alongside co patrons Pierce Brosnan, Jimmy Page, Mark Rylance, Simon Woodroffe, and previously worked with the late founder Phil Fox, who set up the OETC in 1998. Sell- out play Chem Sex, co-produced by OETC is known for shaping the LGBTQ+ community, is currently in production at Soho Theatre and ties to part of David’s Ambassador commitments to The Cabin’s LGBT programme Resort 12 supported by Elton John and David Furnish.

David contributed extensively to bestselling novelist Mark Billingham’s book ‘Die of Shame’ and the lead character, The Counsellor, is based on him. The book depicts six people’s stories and deepest secrets on addiction; lies, regret and above all, shame, twisted within a murder mystery.

Alongside The Cabin and the various specialist programmes the clinic runs, David brings his wealth of experience, knowledge and support over his 32 years of sobriety.
TESTIMONIALS:
“David Charkham is a skilled sober companion whose years of experience allowed me to feel safe. He saved my life numerous times on tour. I could not recommend him any higher.”
Ozzy Osborne
“A very wise, mature and likeable man who really knows his work. This is as good a return on investment as you can get anywhere.”
Simon Woodroffe, founder YO! Sushi
“Having known David for many years I’ve been able to observe his expertise in assisting people on their journey of recovery. He is widely acknowledged in the Recovery Treatment Community as a leading operator and is one of the most credible individuals in an area where many mavericks operate. His wealth of knowledge, both within the NHS and the private sector, combined with his excellent communication skills, and his experience spanning over 2 decades, has earned him tremendous respect and an immaculate reputation. I am happy to highly recommend David as a Recovery Coach/Sober companion.”
Lord Brooke of Alverthorpe